IBS after studying abroad
Hi, I am Melinda from the Netherlands. Always enthusiastic and cheerful, I work as a corporate communications officer, freelance copywriter and I am founder of Fodmappers Concept (a Dutch website). I have been diagnosed with Irritable Bowel Syndrome for over 3 years, which I found difficult initially. It is difficult to define IBS. I was aware that many people suffered from it and that the solution was difficult to find. I tried hundreds of different solutions, but now I have finally discovered how I can function again (for the most part) without abdominal pain.

Different diet in Italy
I was one of those lucky people who got to spend six months abroad for her studies – Italy; the country I had loved since my younger years. If not for the beautiful nature and charming villages, then for the delicious food, Italy was really the number one choice. You could always wake me up for pizza and pasta!

Therefore, when I was studying there, it was hard for me to say no to all those treats. At first I only felt my body changing as I gained pounds. Later on I experienced more discomfort. Sometimes I couldn’t go to the bathroom for days, and then I had to go ten times a day. I became more and more tired and noticed that my symptoms were getting worse. But it was only when my parents came to visit and were shocked at my health, that I called for help.

Hospital examinations
I was quickly taken seriously at the hospital because there is a history of Crohn’s disease and colon cancer in my family. The doctor wanted to rule out everything immediately, so I got a colonoscopy and CT scan. Fortunately, both showed nothing unusual, but the mystery of where my extreme abdominal pain came from remained, not to mention the fatigue I was experiencing.

Because they couldn’t find anything, I was diagnosed with IBS and chronic abdominal pain. That was the end of it. However, understandably, I wanted to get better, or at least to feel better! In agreement with the doctor I started the Fodmap Diet. That gave me a lot of relief in the first weeks. Later, when I started taking medication as well, I felt really fit again for the first time in a long time.

Current diet
Thanks to the Fodmap Diet and the use of Mebeverine & Magnesium Hydroxine I can now go through life largely complaint-free. But I found adapting my diet difficult. The fact that there were already a lot of foods I didn’t like and that now, I was also not allowed to eat almost all of the things I did like, was really difficult. The recipes from Karlijn’s Kitchen helped me a lot.

It wasn’t until later that I discovered Intoleran’s quatrase tablets. I wish I had known about them from the beginning! By taking the tablets, I can still occasionally enjoy pizza or pasta, at home or when eating out. I also use lactase drops to make products with lactose, lactose free. That’s especially handy with mascarpone, for example. In short: the supplements from Intoleran allow me to let go of my worries and my strict diet more often, and that peace of mind is something I would like to see for everyone! 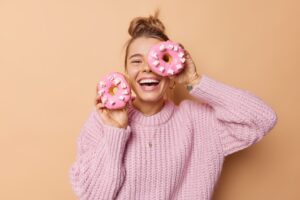 managing your nutrition when you have IBS

Irritable bowel syndrome (commonly referred to as IBS) is a common condition. While similar to a food intolerance, the two 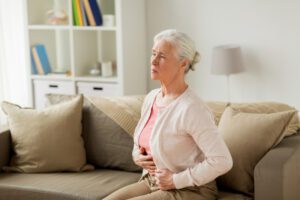 the reason why intolerances can develop at a later age

Food intolerances are common, and in many cases, it is a lifelong condition. Signs appear from a young age, and